This online shop is using cookies to give you the best shopping experience. Thereby for example the session information or language setting are stored on your computer. Without cookies the range of the online shop's functionality is limited. If you do not agree, please click here.

The company was founded in the year 1994. The headquarters at that time were in Siegen, and in 1995 the company relocated to Wilhelmshöhe in Freudenberg. Two years later the manufacturing location was already too small, requiring yet another relocation to Wenden-Hünsborn in the neighboring Sauerland region.

In 2010 the new plant was built,  and in October of the same year the company moved back to the Siegerland region, to Freudenberg, Wilhelmshöhe, to the industrial park Alte Eisenstrasse, directly located next to the A45 freeway. 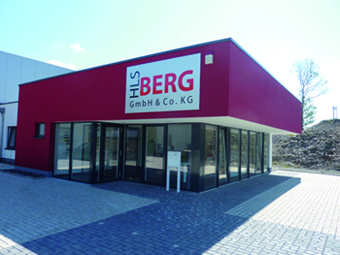